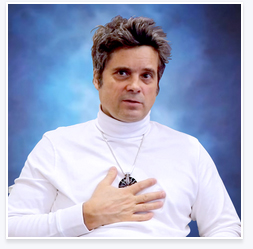 David Sereda was born in Canada on August 21st 1961. His father had a Ph.D. in educational psychology was dedicated to his spiritual development. His mother was a carpenter, artist and family lawyer in USA.


He has appeared on hundreds of radio and TV shows, written several books, and co-produced, directed, edited and scored many documentaries.


David Sereda has produced and scored music for meditation, frequencies for tuning consciousness. He and his wife Crystal have a meditation practice and consciousness course series on audio and video called Quantum ReGenesis.


David and Crystal Sereda have developed a company with natural technology to imprint frequencies and vibrations into jewellery and crystals. He also designs and makes harmonic field transmitters and frequency wands! 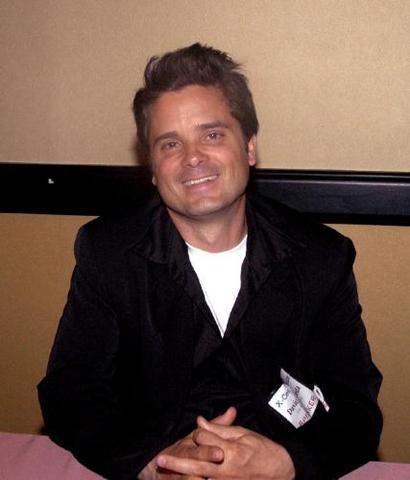 David Sereda is an inventor, author, film-maker, technology inventor and thought leader. David is a  rare keynote speaker that has extraordinary spiritual enlightenment as well as advanced scientific and technological know-how.


He is a renowned author, spiritual genius, and free-thinking space and quantum scientist, who has worked with world class physicists, reached millions of people on radio and TV. He personally planted 1.3 million trees in over 22 years.


He has a high level of consciousness and spiritual awareness, and has out-of-body experiences and encountered many ascended masters.


These visions and messages led him to decode ancient technologies hidden within the Great Pyramids, the Ark of the Covenant, and the Staff of Moses. This technology has led to miraculous healing and mystical experiences!


He has developed a system of spiritual enhancement through tested and proven meditative, breathing, and sound techniques that are greatly amplified with quantum harmonic Light Stream technology.

Stones have a great hidden purpose in nature. They have memory and possess a great untapped power. They can hold and transmit frequency vibrations!


The ancient religions of the world spoke about the healing powers of stones. These were not ordinary stones, but stones that stored spiritual vibrations.


At the University of California at Stanford, in 1994, scientists discovered a way to put a movie of the Mona Lisa and a humming bird in a crystal and then retrieve it. They discovered that crystals are the hard drives of the future.


David Sereda's Quantum Technology is able to put a zero-point energy conduit, healing or spiritual prayer vibrations in jewellery. It then permanently carries a vibration that can scientifically be measured by anyone who touches it.


I Highly Recommend that you check out David Sereda's Products, they are fantastic and light streams ahead of what anyone else is producing.

What are YOU Going To
Do With This Information? 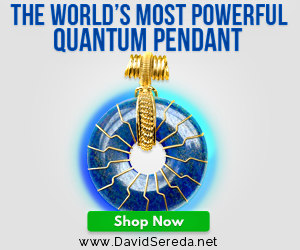 Drop it OR Take Action!

Find someone who offers Rife and Quantum Frequencies!


I have been using David Sereda's unique Lightstream Wand and Console since January 2019. The Console software has 122 Quantum Frequencies and over 10,000 Rife Frequencies built-in that can help almost any health issue.

I have been using this regularly... with Great Results! I am in the process of including these amazing frequencies as part of my Health Treatments

YES! the equipment is faily expensive. But, to me essential.

These healing frequencies Counteract the Harmful Frequencies that are being projected around the earth from... satelites, 5G, 4G, microwaves, radio waves, TV waves, smart meters, and many more!

All harmful to life on Earth :(

Governments, Doctors, Big Pharma, Media, etc. would disputes this. BUT - It is clear that they don't care about YOUR health and well-being... just profit!