Who Are The Truth Tellers? Read On... Find Out Here! 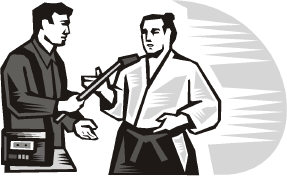 The world as we know it is constantly changing, and we are all affected by the decisions made by Governments, large corporations, and the super rich.

Do citizens of the world community experience freedom?

Many people in the west have a good lifestyle compared to people in other parts of the world, but is everything as it seems to be?

What is Really Going On?

Who Is Controlling Our Lives?

We are all being manipulated by power hungry billionaires who are invested in removing people's freedom. Why would they do this? By controlling the masses they are able to increase their wealth and power, and protect their position.

If they are already billionaires why would they do this?

They have an addiction to money and power and unable to stop themselves. Many of them are not normal people, and have no sense of empathy or compassion for people or any other creatures on the planet.

What do they control?

What can we do to change this?

Stop believing what your government, healthcare system, and media tell you!

You'll have a more balanced viewpoint on whats really going on in the world.

Truth Tellers - What The Controllers Don't Want YOU to Know!

There are many scientists and experts who have researched and gathered a lot of factual evidence for their alternative viewpoint. But the media will tell you they are... Pseudo scientists on the fringes. These are the Truth Tellers!

In fact, these truth tellers are far more credible than most mainstream scientists and their research is far more balanced.

What questions find out if scientists are NOT doing independent research?

Who is paying their wages?

What is their real agenda?

Who have they worked for/with in the past?

Are they living a lifestyle beyond expected for their job?

Have they been threatened with job loss - Or worse?

In my opinion, it is as clear as day that there IS a massive conspiracy against humans, that has been taking place for many years.

We ARE being manipulated, and they simply do not care if you, your family, your children, or your grandchildren survive. We need truth tellers.

Yes... the time has come for change!

We either carry on and become part human part robot under full control.

We take back control and deal with these psychopaths and put them all in prison for life. Not 15 years, I mean until they die!

If you have an "It Wont Happen To Me" attitude, then you are already beaten. Get up off your knees, put your shoulders back, take a deep breath and shout 'Enough' Then create a strategy, and take massive action until complete!

The following websites will lead you to alternative viewpoints on popular subjects where you can branch out into many different areas of...

Some of these sites have opinions that may be regarded as conspiracy theories. But that's what the few rich controllers would want you to believe...

Here are some of my suggestions of truth tellers for further study...

David has been working tirelessly for many years to inform people of the evil at work on the planet. He is regarded as a renegade, a famed conspiracy theorist, the ‘mad man’ who has been proven right again and again.

He has written dozens of best selling books, and given long sold-out lectures around the world. He is on a mission to protect the world from the power-hungry dictators that attempt to control the world. Visit... https://www.davidicke.com

Joseph is a qualified Osteopath and New York Times best selling author. He provides the most up-to-date natural health information and resources for you to take control of your own health.

He exposes corporate, government, and mass media hype that diverts you away from what is good for your health. He actively researches products to find the best in that category for your health. Visit... https://www.mercola.com

He has appeared on hundreds of radio and TV shows, written several books, and co-produced, directed, edited and scored many documentaries.

David and Crystal Sereda work with natural technology to imprint frequencies and vibrations into jewellery and crystals. He also designs and makes harmonic field transmitters and frequency wands! Visit... https://www.davidsereda.co

These are just a few suggested truth tellers...

there are many more!