Self Defence, Self Protection and Combat Essentials! 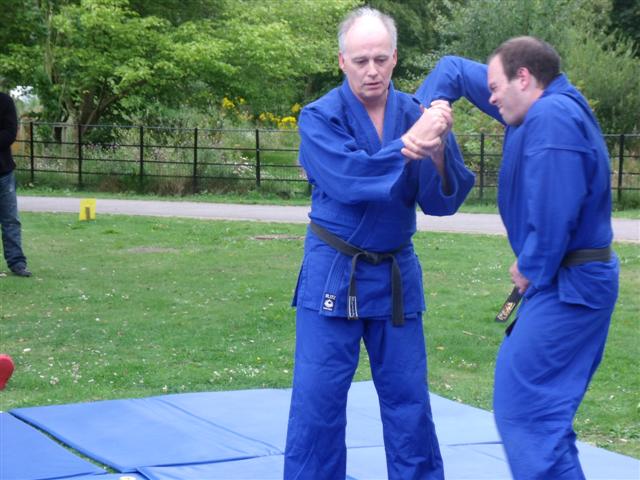 The method of self defence training that you decide to practise is an individual decision, and there are many paths to choose from.

Which one will you choose?

It isn't easy to avoid conflict in a World where survival of the fittest is the rule. The strong prey upon the weak, and we are constantly surrounded by conflict... bad manners, irritability, anger, aggression, etc.

There is no such thing as a bad person, only a person acting badly. And if we pardon the offense, we only encourage more bad behaviour. After all, crime expands according to our willingness to put up with it.

You have a responsibility to learn how to defend yourself and your loved one's in order to be prepared for the unexpected.

If you fail to prepare then you prepare to fail...

this is the reality!

What path are YOU drawn to?

Unique Self Defence Seminar covers exactly how to protect yourself. Including conflict resolution, when to take action, what methods to use, how to double your power, pressure points, aikido, superior strategy, and so much more!

Real Self Defence
and The Martial Arts

Many students of Martial Arts are under the illusion that they could protect themselves in the heat of battle. A street attack usually involves a violent frenzy that has no rules and is usually over in 30 seconds.

These encounters can be frightening and cause us to panic and freeze, leading to injury or worse. This is often a problem with our psychological skills rather than our practical skills and needs some close study.

Unfortunately martial artists tend to learn complex moves, that work well in a cosy dojo, but are unlikely to work in the street, unless they are adapted and...

YOU are prepared for the level of aggression!

One answer is to practise a maximum of 10 self defence moves to cover a variety of attacks. Disciplined and thorough training will give you the confidence to use your techniques instantly... should the need arise.

Intelligence and knowledge can give you the edge in a real life street fight. If you can control yourself you can control the conflict. The weak can overcome the strong and the simplest moves can be the most effective.

If you remove the fear of your opponent you remove some of their power, and the biggest, toughest attackers don't want a battle...

A massive 90% will lead with a right punch but watch out for the other 10% which include many vicious sneaky attacks.

In 2010, I took intense training with master Russell Stutely and qualified as one of his Pressure Point Self Defence Instructors.

Are you new to aikido or self defence training? Or have you been practicing for years and struggling to make your techniques work? Maybe you are an Instructor who finds it difficult to control those 'Resistant' students?

Russell has been acknowledged as Europe's Leading Authority on the use of Acupressure Points in the Martial Arts. He has been instrumental in dragging Traditional Martial Arts into the 21st Century.

He is a regular Columnist for Britain's most prestigious Martial Arts magazines, Martial Arts Illustrated, Traditional Karate and Combat.

Here's your chance to discover how to double your power with Russell's system. I have studied with him and the difference in effectiveness is amazing!

Aikido
The Way of Harmony

Aikido is a method of self defence that tells us to avoid fighting, to accept and redirect the energy of an aggressor and restore harmony.

Water by its own nature never collides with or breaks anything and can swallow up an attack harmlessly. Using the principle of water the weak can overcome the strong. No matter how we are attacked we must be able to...

adapt and not struggle against the energy.

Aikido is based on the laws of nature and the universal principle of non-resistance. The central philosophy teaches that we must take responsibility for not inflicting unnecessary damage to our attacker.

By concentrating your thoughts on one point in lower abdomen, mind becomes calm, body will relax and you can anticipate the intentions before an attack.

This takes self-discipline and practice!