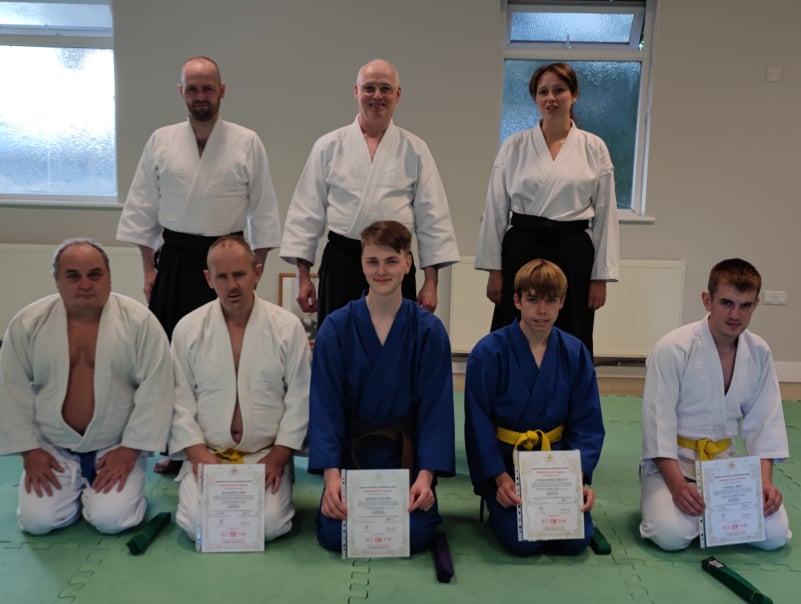 The Arun Aikido Club has been offering regular offline newsletters to our members since 1992. We now also include them on the internet.

For now, we will continue to use our online payment system. All bookings and payments can be made at our Arun Aikido Club page. 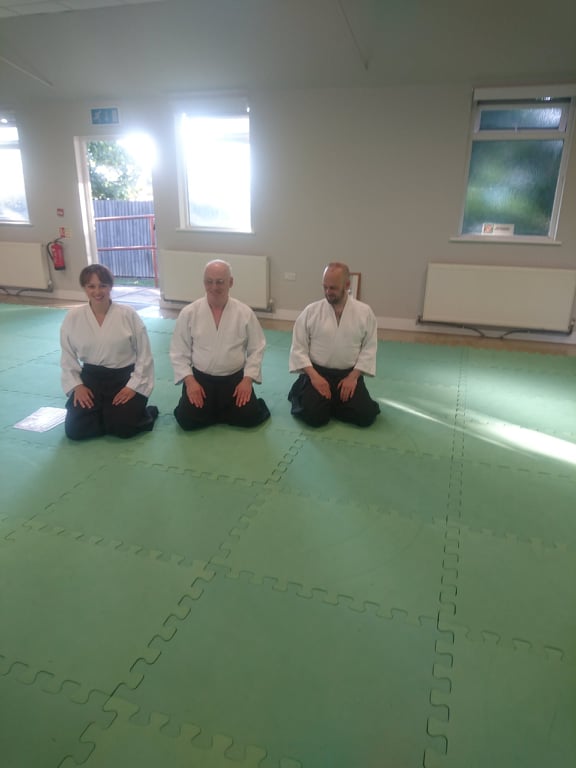 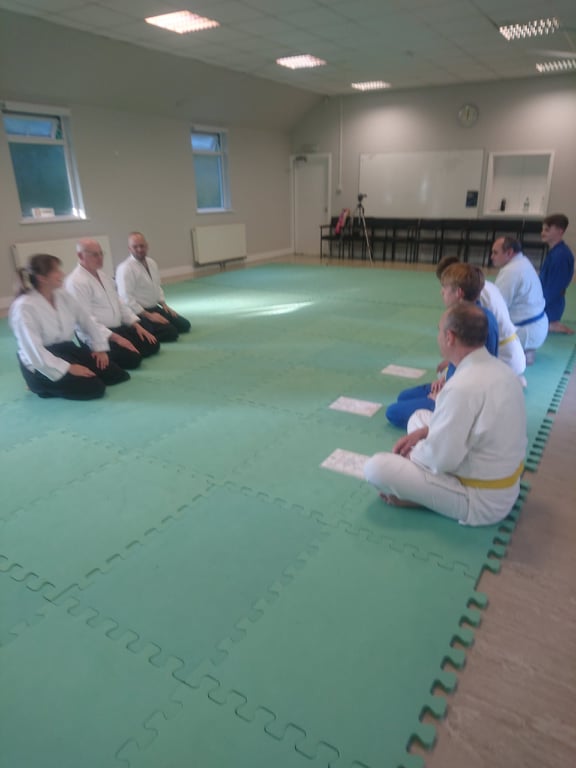 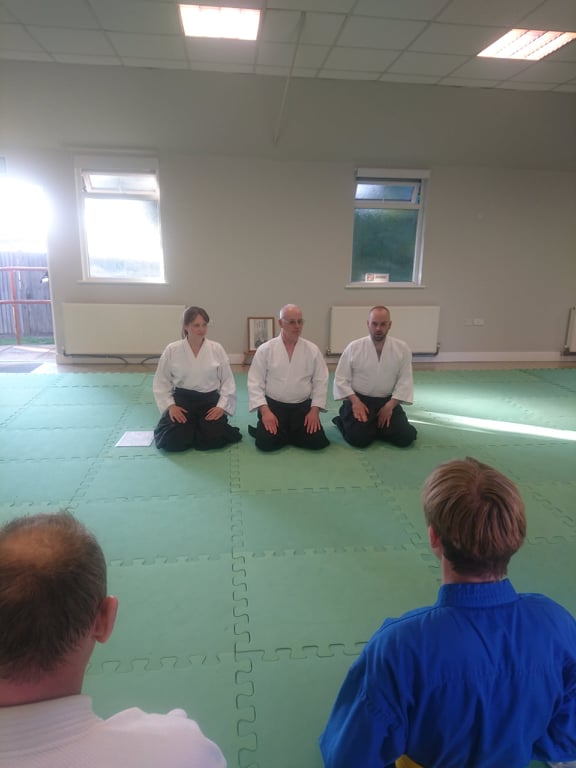 Sensei Tony took the students through a long warm-up. This was to ensure that students were loose, relaxed and stretched thoroughly.

We then covered breakfalls, kihon dosa movements, followed by several partner exercises, a few basic and advanced techniques with principles and theory.

During the seminar Sensei Tony used Samuel as his uke, and Samuel was also asked to demonstrate a brown belt technique from the grading syllabus. 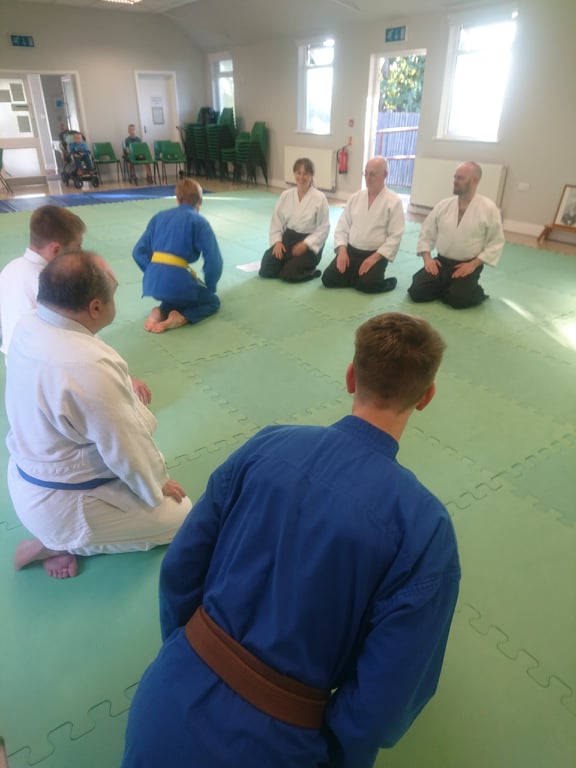 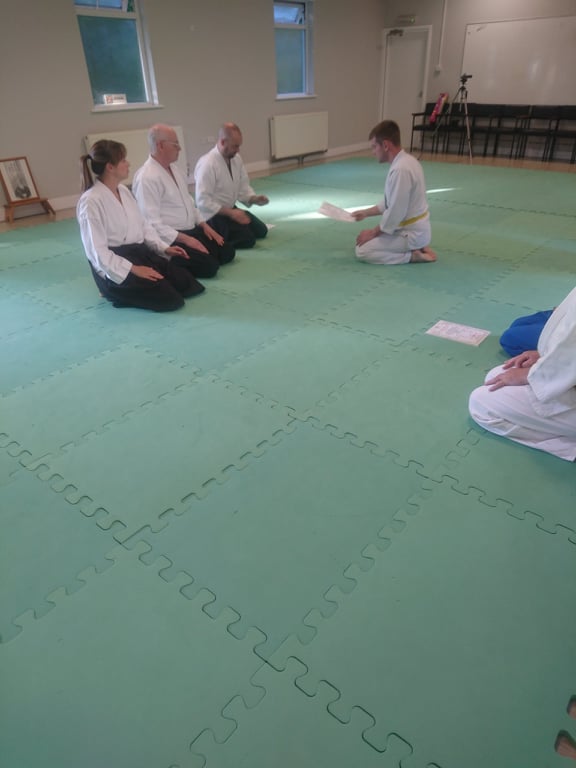 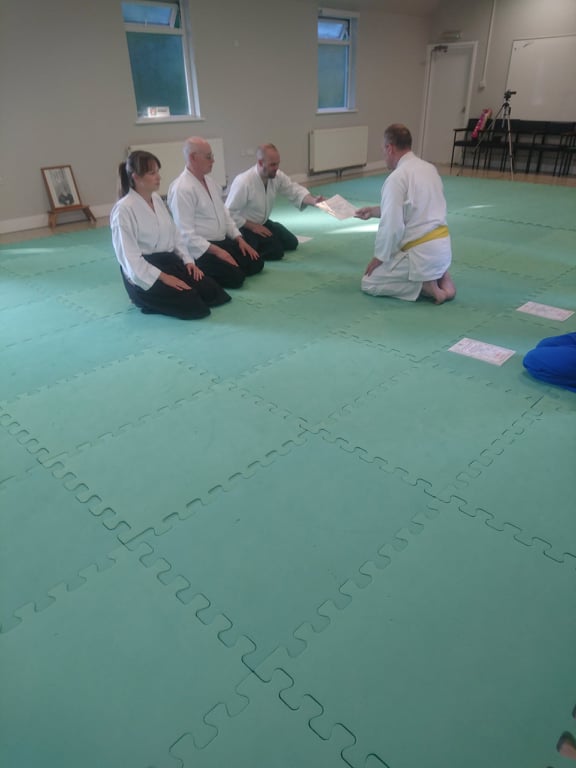 At the end, new belts and grading certificates were awarded... congratulations! 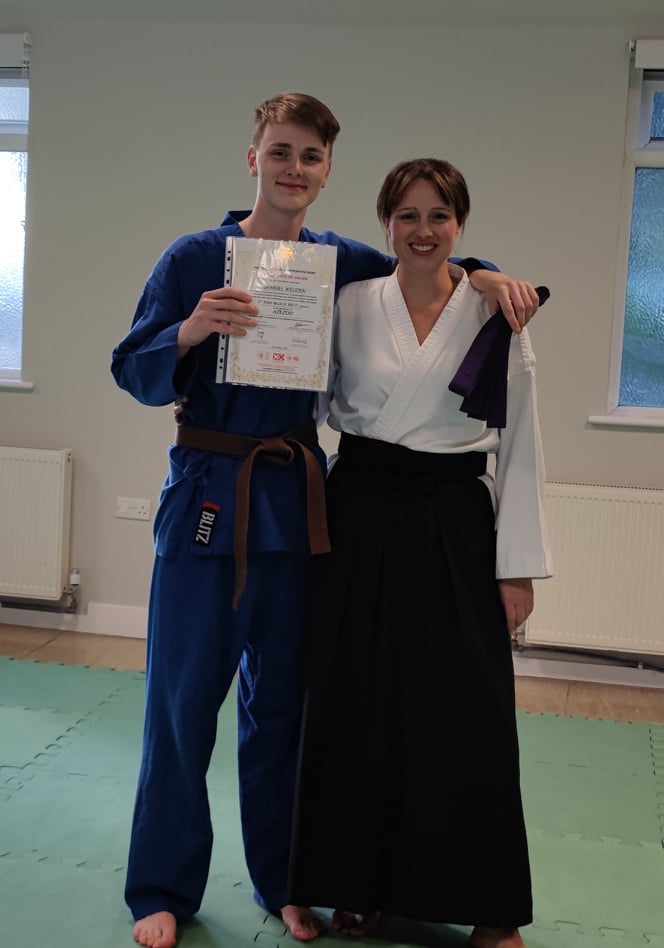 There was also a special surprise award to Samuel Wilden. Sensei Natasha Hadwick, Samuel's Sensei, and mother gave a short speech outlining the years of hard work Samuel had invested since 2010. She also thanked him for his support over the years with the junior students, and his serious attitude to training.

Sensei Natasha then revealed, and awarded, as agreed by all instructors, the honour of the rank of 1st Dan black belt (junior) to Samuel Wilden.

He was informed that the rank of black belt has only been awarded to 7 other people since the club was founded by Sensei Tony in 1992. They are...

Samuel joins this elite group of people who consistently trained hard over many years to achieve this high level of achievement. Qualities required to reach this level are... train regularly, work hard, help other students, and be open minded.

We hope to see more students and some beginners at our next Aikido seminar. 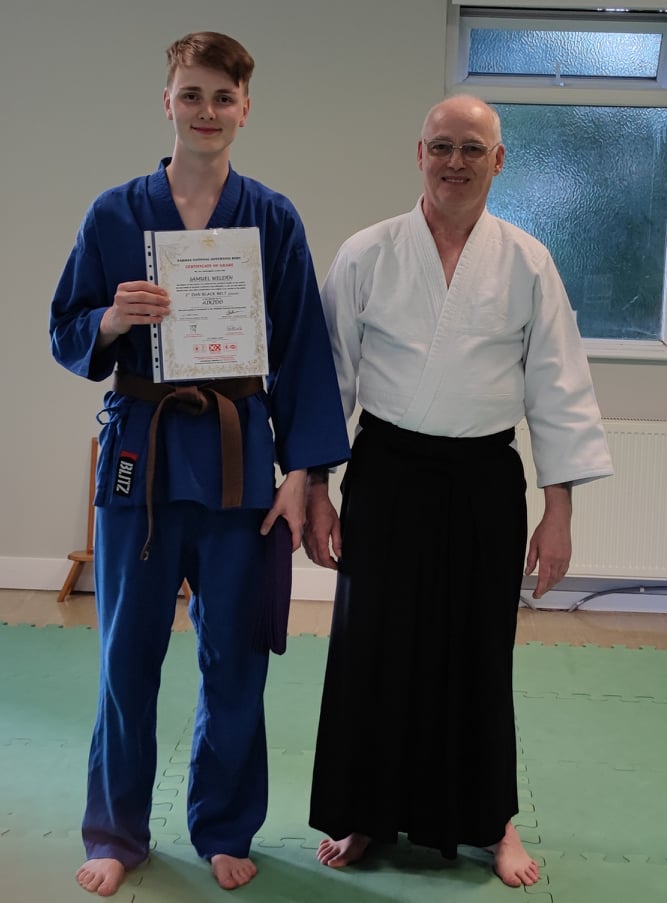 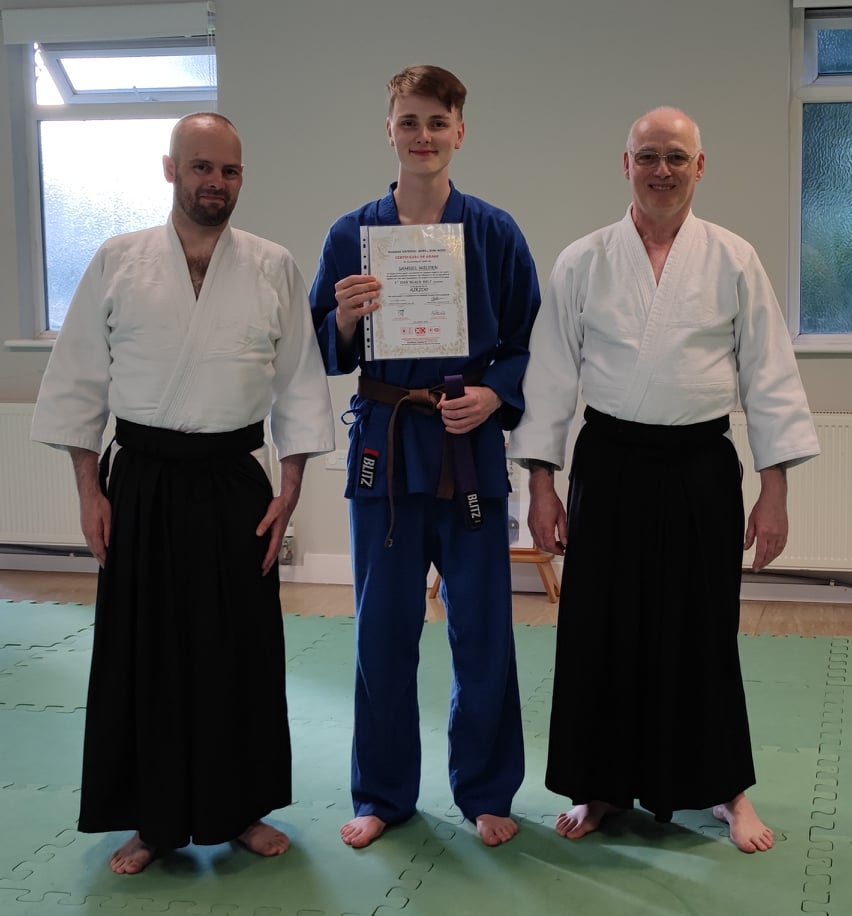 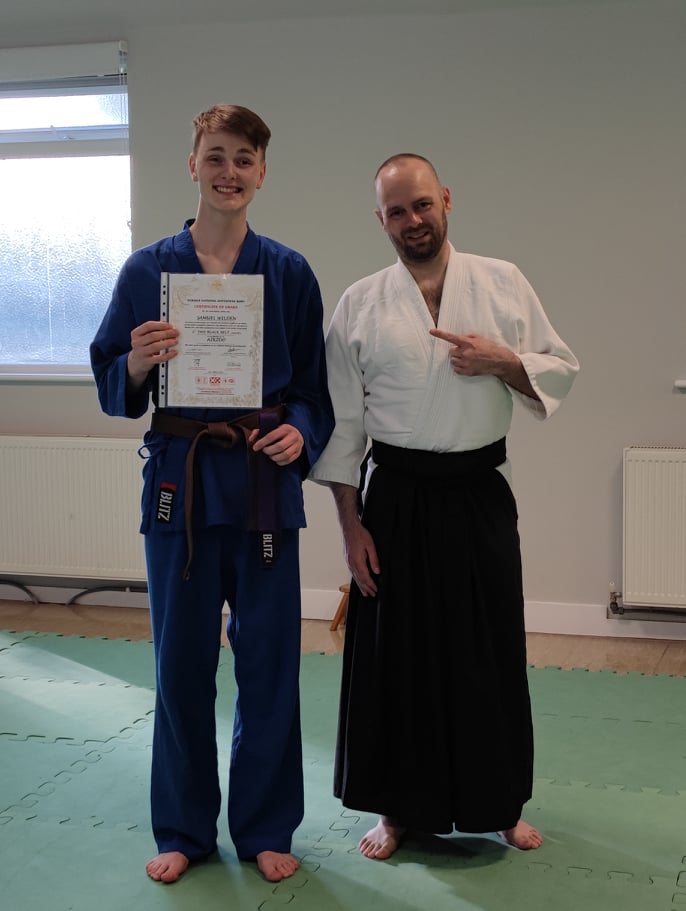 Samuel's Nannie Josephine and his brothers Leo and Mikey were present too. 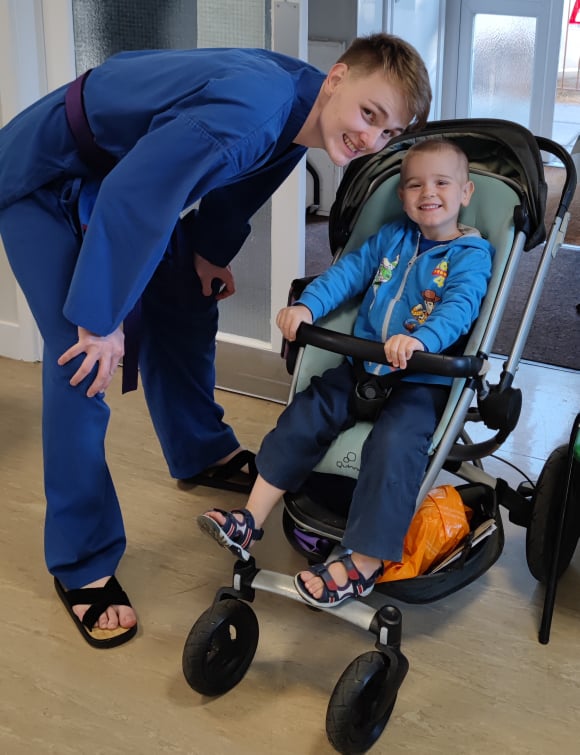 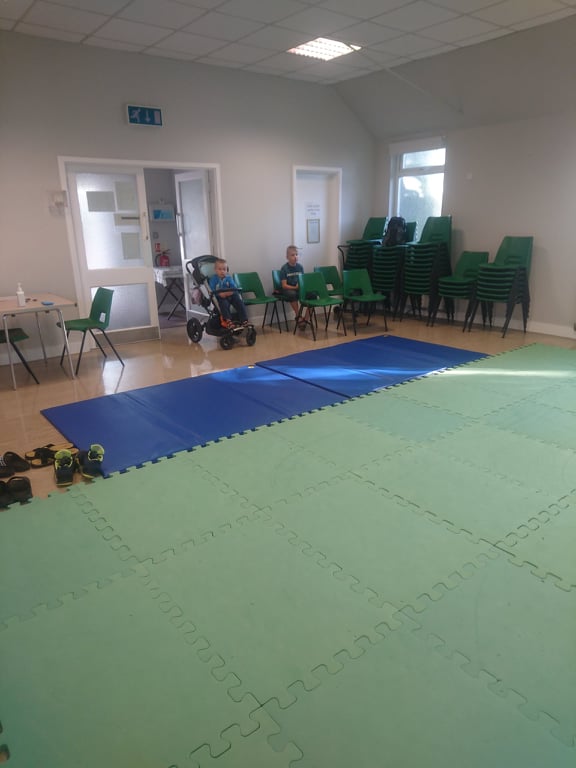