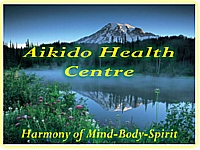 The Illuminati are the elite decision makers that control the multi-millionaires to manipulate the masses. So what are some of their goals?

New World Order (NWO) is thought to have begun in the 1920's/30's with the idea of controlling the belief systems of the people of the world. Globalisation

They have created mass global immigration, and multiculturalism. Where Patriotic beliefs become a criminal offence. This immigration was triggered by wars leaving people no choice but to leave their country in order to survive.

The aim is to use A.I. to create a world full of human robots that simply obey. Brainwashing the masses is working well. The mainstream media is owned by a handful of billionaires who use it to control the elite message.

There are many scientific facts available on vaccines, 5G, global warming, etc. But these are suppressed and don't have a chance of reaching the mainstream. People who promote these truths are often labelled as conspiracy theorists.

Methods used are war, famine, disease, flu pandemics, and soon 5G. Fear lowers the immune system, which allows illness to begin. Some of the methods used are creating mass unemployment (coronavirus scam) Youth are perverted by music and drugs to turn their backs on the family, community and authority.

6 - Cause a Collapse of World Economies

The world is in chaos, with the richest countries in trillions of dollars in debt. Politicians are clearly just puppets. The zionist bank cartel, global elite, NWO, deep state, Illuminati, United Nations (UN), International Monetary Fund (IMF), and World Health Organisation (WHO), are up to their necks in criminal activity.

The illuminati are behind all of it! Al-Qaeda and ISIS were created by America to justify their presence in the Middle East. But its not about power or oil... right ;) Terrorism is manufactured and used to push the Illuminati blueprint.

The easiest way to control societies is to get at them young... in school. For over a 100 years the Rockefeller family have designed an education system to keep the young people ignorant, docile and non-questioning. The last thing you want is people asking probing questions. You want idiots... lots of them.

Who Are These
Illuminati Elite Controllers?

These are just some of the Secrets Societies involved: knights templar, freemasons, illuminati, skull and bones, bilderberg.

Generation after generation of evil illuminati families have promoted this NWO agenda. David Icke calls it the Totalitarian Tiptoe - the process is slow, and  unnoticeable, to prevent and avoid masses of people rising up against them.

Unfortunately, for them, the illuminati appear to have become impatient and have recently shown their cards. What do I mean?

They are using the coronavirus as a reason to shut down economies all over the world. Billions of people across the planet are prisoners in their own homes, and not allowed to go out... without one of a few valid reasons.

Its likely that most small and medium sized businesses will cease to exist. This leaves the way open for banks and large corporations to control the economy.

Is this to protect us from the coronavirus? NO! It is to get the DNA of all people and to instill a RFID chip to monitor and control everyone.

Also, while we have been in lockdown, 5G is being installed in towns and cities around the world. Is this for faster internet? NO! It aims to project damaging microwave frequencies to damage the immune system.

The illuminati are pushing their agenda at lightning speed now, and millions of people are beginning to wake up to their evil plans...

Are YOU One of Them?

I urge you to carry out your own INDEPENDENT research and find out the truth for yourself... before its too late Check out the following links...