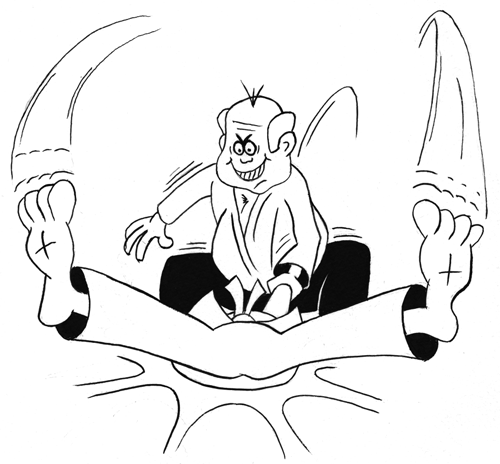 Street Fight Secrets is a reality based system of self defence or self protection by Richard Grannon, who is a very experienced instructor.

He has trained in several martial arts, and more importantly, how to adapt the techniques to successfully deal with a violent street attacker.

Richard is an experienced teacher, psychologist, and NLP master, who has used advanced skills to produce unique teaching aids, audio, and video lessons.

What's more, he hasn't based his teaching on theory like many instructors. He was a doorman for more than 10 years in Liverpool, UK and all over the world.

Richard Grannon knows what works, and importantly, what doesn't!

He has developed a self protection system that includes a method that is proven to be effective. It includes a combination of psychology, nlp, and body language to attempt to reduce the need for physical action.

But, is always prepared to take effective and efficient action to quickly deal with the situation, if it turns out to be a violent, aggressive attack.

Why does Richard call it self protection and not self defence?

Self defence is performed after an attacker has already begun their assault on you. It is a reaction to attempt to defend yourself from harm.

Unfortunately, this tends to put you on the back foot, and in a weaker position. This allows an aggressor to mount a powerful attack, that unless you are well-trained and experienced, may overwhelm you.

Self protection means that you are ready to take action as they are about to start their attack. This type of pre-emptive response means you have more control over situations.

Which means you can shut them down early, before they can unleash their power and force on you. This is a far more effective mindset.

Richard Grannon of Street Fight Secrets focuses his teaching in this area and I can highly recommend his teaching material.

I have purchased several of his excellent audios and videos. You'll learn a lot about the correct mindset and best techniques to effectively protect yourself.

How Does Aikido Compare
to Street Fight Secrets?

Aikido is an amazing martial art, but, in my opinion, the way it is often taught, does not truly prepare students for an all out street attack.

Because students are not taught anything about fear, adrenaline and the psychological aspects of fighting for your safety, or even your life.

Let's face it, most Aikido instructors have rarely, if ever, faced a confrontation. Now, this may be because Aikido training works and they are able to...

But, it also means that most Aikido instructors are unable to teach their students anything about the psychological aspects of a real fight.

This is because they have never experienced it, OR they have not researched the subject and don't feel it is necessary as part of their students training.

I strongly disagree, and believe that a warrior should choose to not harm their aggressor in a street fight, but must be able to do so...

It's important to deal with reality and know that you can use your Aikido skills rather than just think you can. Do you want to find out now, or when you are in the middle of a life and death struggle on the streets?

Richie Grannon's street fight secrets will give you the essential skills you'll need in a low down, violent, and aggressive attack. It is a culmination of years of experience in some of the world’s most deadly arts.

You'll discover techniques that will immediately give you the ability to turn the tables on any would be attacker in a street fight.

The training methodology gives you the power you need to avoid and defuse potential violence, whilst strengthening your ability to deliver it.

Of course, you don't need this if you are an Aikido expert... right?

A real aikido master will certainly be able to deal with a violent attack, and then continue with their day as if nothing much happened.

But how many 'true masters' have you met or heard about?

I strongly suggest that if you want to be able to effectively protect yourself, then study a reality based system too. Think of it as insurance and back up, for when your aikido techniques don't work just as you thought they would :)

Of course, for street fight secrets... You Can Train Smart with my...

Or take one of my unique 3 hour Self Defence Seminars in Bognor Regis, West Sussex UK. You'll learn everything you need to protect yourself!