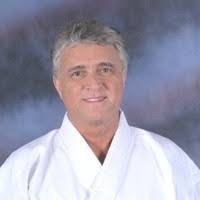 Tony Annesi founded Bushido Kai Kenkyukai and Takeshin Sogo Budo.   They are a modern innovation of the traditional martial arts, where every technique is adapted in some way for Western practitioners.

Bushido-Kai - founded in 1970 as a martial arts school with an emphasis on the traditional Japanese arts of judo, ju-jutsu, and karate. In 1977, Tony Annesi  became the chief instructor, and full-time martial arts teacher.

He had been trained in a number of martial arts and held black belts in judo, Kamishin aiki-ju-jutsu, Kamishin karate, and Shotokan karate.

In 1984, Sensei Annesi was appointed Soke-dai (inheritor designate) of the Kamishin-ryu martial arts and received a rokudan - 6th degree. In 1986, he received Shihan Renshi - master instructor, and his dojo became Hombu Dojo.

After rejuvenating a federation which had suffered from the loss of its founder Shihan Albert C. Church, Jr., Annesi's ideas for moving forward did not agree with its leader, Catherine O. Church, founders wife and apparent successor. Annesi resigned from the association of which he had been a part for 16 years.

Former students asked him to form a new group so they could continue to study, earn ranks, and follow the curricullum and standards of his organization. After a while he founded Bushido Kai Kenkyukai and Takeshin Sogo Budo. 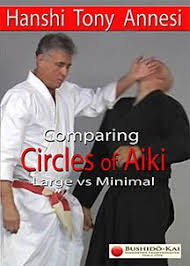 His Takeshin Aiki offers the art of escapes, take-downs, hold-downs, throws and locks. Plus kick defenses and strikes not normally taught in aiki arts. It practices fluidity and ease of execution without sacrificing self-defence skills.

His Takeshin Sogo Budo offers integrated Martial Ways and cross training. It combines hard fist and soft fist, and studies self-defence from all ranges. It investigates maximal and minimal motion defence from short and long range.

Tony Annesi Sensei found that many students did not always see the technical connections between systems and rarely understood how they fit together to create a practical, relaxed, natural response to aggression.

Tony Annesi also works on common concepts and the key principles that express natural reactions based on a deep study of traditional arts.