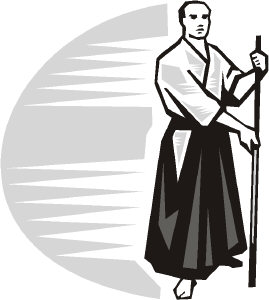 Aikido Journal offers you the very best source of information available anywhere on Aikido. It gives you hundreds of fascinating interviews, articles, videos, books, discussion, and more on the art of Aikido.

Stanley Pranin has played a massive part in recording the history and roots of aikido since 1974 through his Journal which was originally called Aiki News.

Stanley's wide experience and knowledge include in-depth research into the life of aikido founder Morihei Ueshiba. He has documented O'Sensei's training in Daito Ryu Aiki-Jujutsu and his spiritual studies with Omoto Kyo.

Stanley began his Aiki News magazine in 1974 with a series of translations of Japanese newspaper articles. After having many people ask for copies he decided to build a newsletter around 17 articles.

He was very interested in Morihei Ueshiba, who was a phenomenal teacher with cutting-edge ideas, and offering an ethical dimension to budo and philosophy.

But there wasn't much information available anywhere, and Stanley wanted to find out more. He soon found out that the history of aikido had not been systematically recorded, and so began the massive task.

Stanley Pranin has interviewed dozens of Morihei Ueshiba's closest students, and gathered an amazing collection of info, in-depth, all aspects of the Aiki arts.

He taught aikido in California from 1965-1977. He founded Aiki News in 1974. He represented Northern California at inaugural International Aikido Federation congress held in Tokyo in 1976.

He then moved to Japan 1977 where he published Aiki News and later Aikido Journal, which is now an online magazine.

He edited 'Aikido Masters' and authored 'Encyclopedia of Aikido', and has written  essays on aikido, Daito-ryu aikijujutsu and related subjects.

Many top instructors and thousands of students regard Stanley Pranin's work as an inspiration and great help in their studies.

I have been following his work for years, and have dozens of the magazines. These have helped me a great deal in my research on this fascinating art.

But now it is only available online, which makes it far easier for students to get some fascinating Aiki related information.

You can get access to all of the back issues, and the encyclopedia. This is the best resource out there, and I can highly recommend that you visit Stanley Pranin's website and subscribe.

Stanley Pranin Sensei passed away in March 2017 due to a sudden illness. He leaves behind an amazing Legacy in his lifetime work for Aikido Journal...

Aikido Journal
Has a New Leader

As Executive Editor, Josh Gold is responsible for the strategy of Aikido Journal and supports the teams that create the Aikido Journal’s content.

He met Stanley Pranin at the Aiki Expo in 2002, and developed a strong friendship and working relationship with him.

Josh began training under Haruo Matsuoka in 1991 and been a direct disciple for 25+ years. Josh co-founded Ikazuchi Dojo in 2002, where he oversees dojo operations, supports instructors, and leads the development of programs.

Josh has many years of entrepreneurial and executive management experience. He founded start-ups and led special projects and initiatives for Intel, Sony, Disney, Nissan Motors, DreamWorks, and Formula One.

Josh is always pursuing ways to elevate the martial arts through projects rooted in R&D, media, technology, and collaborations.