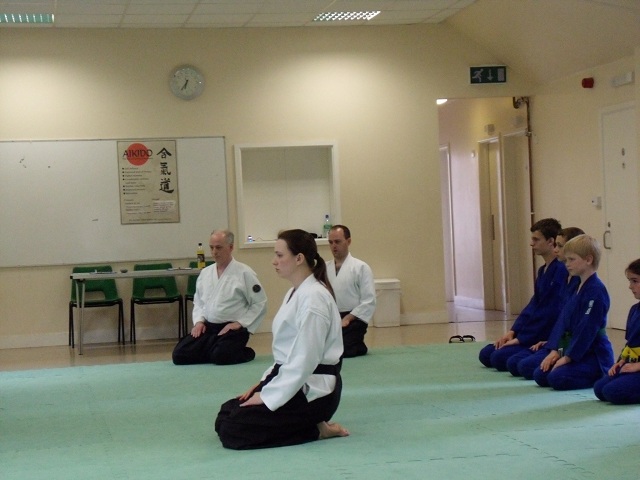 There are many Aikido women training and teaching, who have an advantage over men because the techniques don't rely on physical strength for effectiveness.

Women in Aikido don't used it for aggressive purposes, and by using the redirected force of an attack, Aikido offers a powerful means of self-defence...

Regular training in aikido has many health benefits. The basic movements are good for the core muscles and for lower body strength but also good for improving stamina, over-all muscle tone, and for developing a leaner physique.

Most importantly, students are encouraged to study at their own pace. By studying aikido in a more relaxed atmosphere, it is hoped that students will leave feeling...

Yes, there are many amazing women in aikido who are practising and teaching the art. But, there are few women in positions of power.

In fact, there are no female instructors who have regularly taught at the Aikikai Honbu Dojo, and it's hard to find woman acting as head of a dojo in Japan.

When you leave Japan, you will see a large female presence teaching the art, but, the leadership of virtually all Aikido organizations is almost entirely male.

Aikido Women often have many responsibilities, and are indispensable to the various organizations, but they mainly support the male leadership.

Women are often at the forefront when teaching a balanced view of Aikido. Yes, practical self defense is very important, but the real aim is...

Since Aikido is usually performed empty handed, an advantage is had by stronger, younger, and more aggressive practitioners to dominate.

" True Victory is Self Victory "

The Dan system of grading was originally set up to ensure that a quality level was maintained in the art. The real problem was that it tended to focus on only the technical, martial side of the art.

Aikido Women Are At
The Forefront of Change 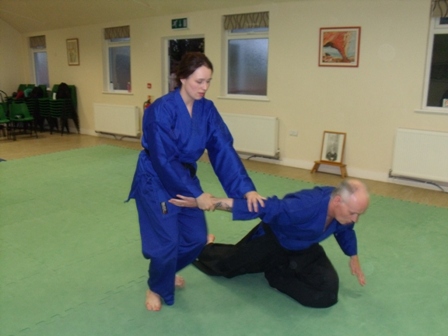 There are a growing number of teachers who, although not very interested in the martial application side of the art, are taking technique into new areas of exploration and provide great insight into the connection between...

Many of them are female instructors, Aikido women, who have run dojos for many years and have an amazing depth of teaching experience.

They bring students into the art who would never have been interested in training in the more macho world of traditional martial arts & Aikido.

Of course, there are many Aikido women who have successfully trained hard with men. Pat Hendricks, Mary Heiny, Lorraine Dianne, Patty Saotome, and...

All managed to get ahead in the male dominated hierarchy of Aikido. But this isn't how we measure success. Women should not have to measure their worth according to their ability to be "Macho".

Women in Aikido are generally more interested in the social relationships aspect of the art than the martial side. The connection between dojo members is often created more through the efforts of a group of female students than by men.

They are better at nurturing emotionally damaged students or less confident.

Aikido women instructors, many of whom have over thirty years of experience in both training and teaching, still find themselves down a rank or two below their equally experienced male counter-parts.

You may encounter many dojo's that place male students at the top of the technical and hierarchical heap while the women do the organizational and admin work...

that actually keeps it all going.

The Founder saw the essential mission of Aikido, as bringing people together. People may have exceptional talents teaching children, they may be nurturing to those of us who have been damaged in various ways.

We will find individuals who have great insight into the spiritual side, but not the practical or martial aspects.

Instructors should aim to create a new generation of instructors both male and female, young and old, who are empowered to explore all aspects of Aikido.

They should be supported in following their visions. This way Aikido can grow to a level to be of great benefit to the world community. Aikido women can help lead us all to world peace.

Check out Aikido Journal for a complete Aikido history.