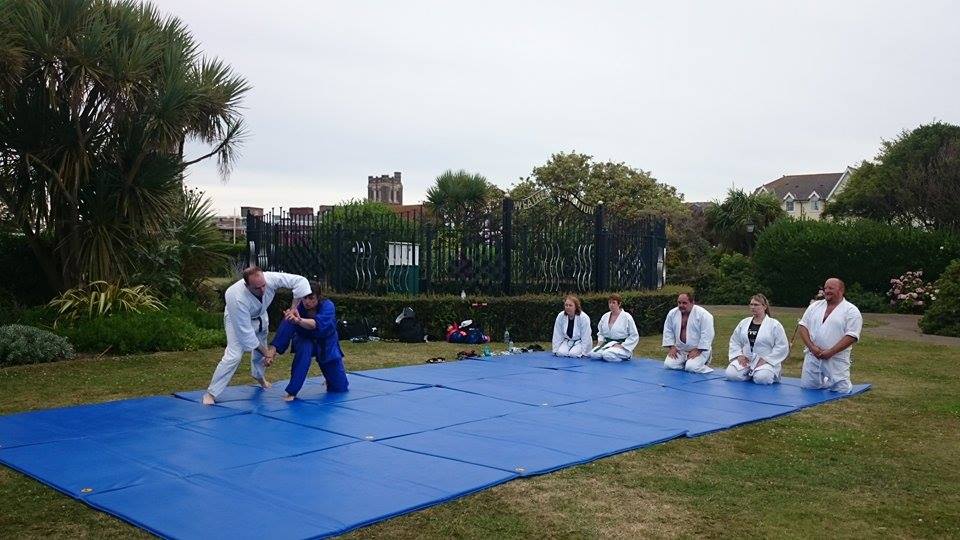 Demo's were organised and led by Sensei Natasha Hadwick, who is the club junior instructor and Sensei Robin Wilden, who is the adult club instructor.

The Bognor Birdman Rally is a unique event that takes place every year. Humans dressed as flying machines leap off the pier in an attempt to travel the furthest.

Unfortunately most just plummet straight into the sea, but some glide a little :)

Why Do They Do It?

For charity of course... often people take part in very strange events all over the world to have fun and raise money for charities and other worthy causes :)

Why An Aikido Demo?

The Arun Aikido Club gave their first demonstration at the Bognor Birdman Rally in 1992, and we have taken part several times over the years... a great cause!

Many thanks to Arion Gadd for taking the following pictures.

Many thanks for your support of the Arun Aikido Club 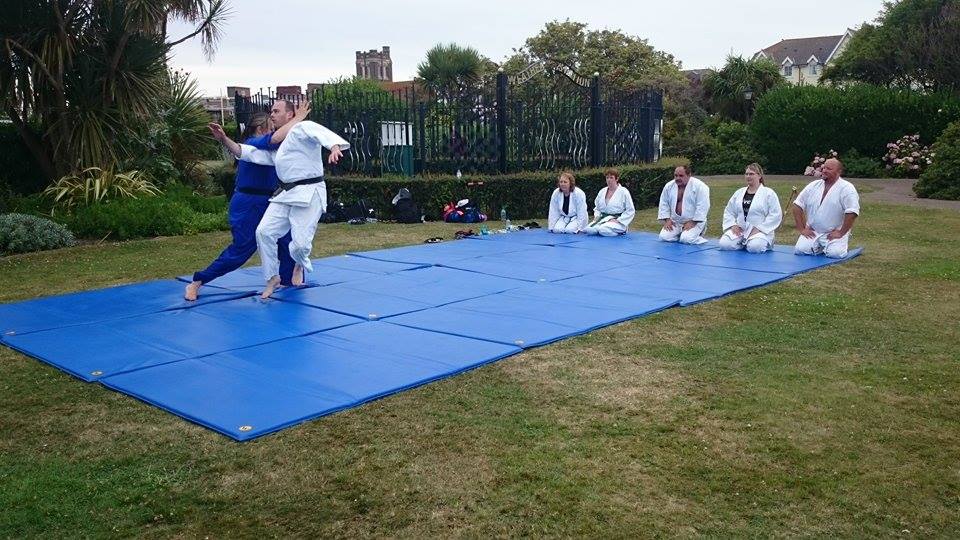 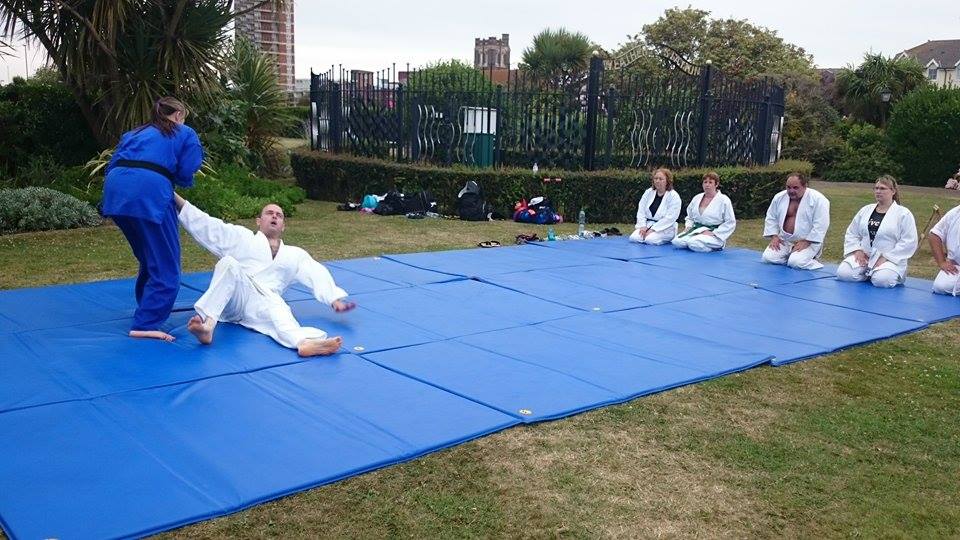 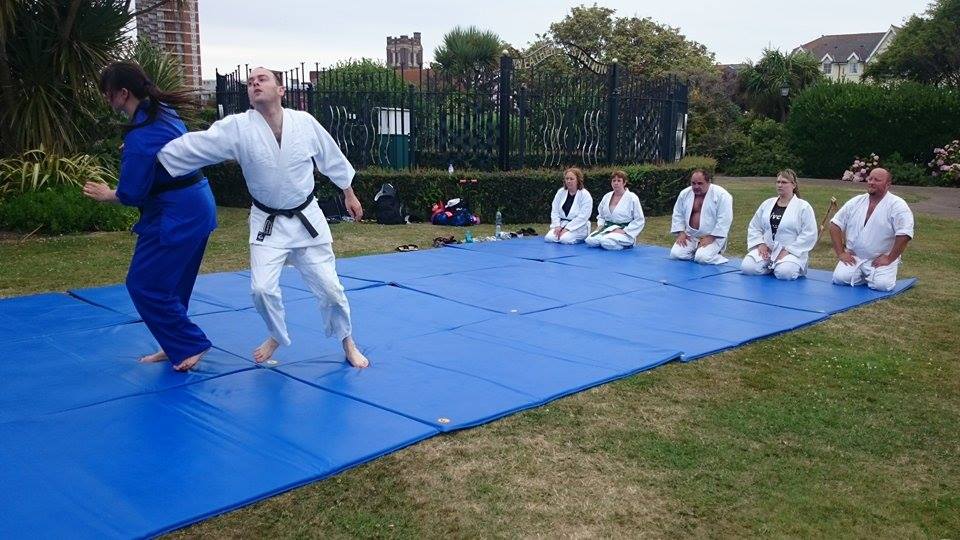 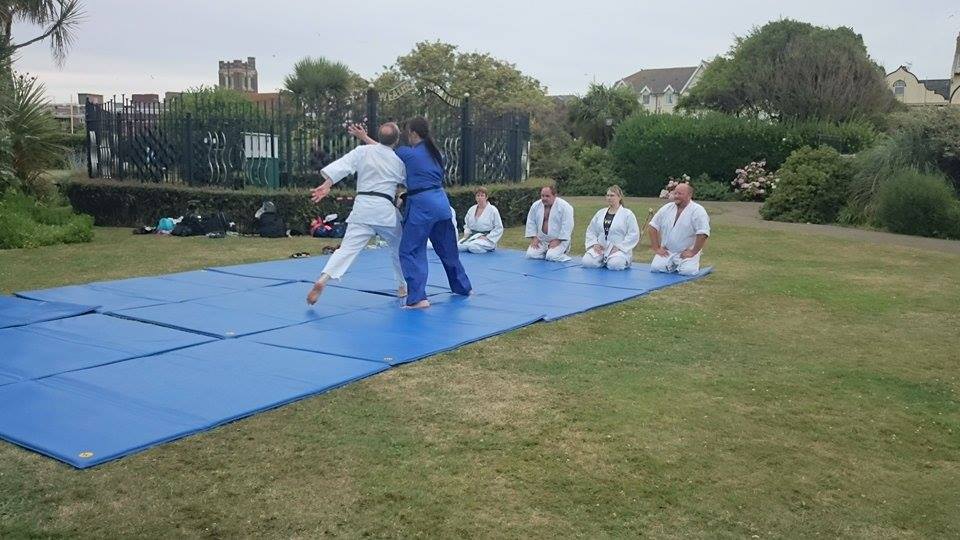 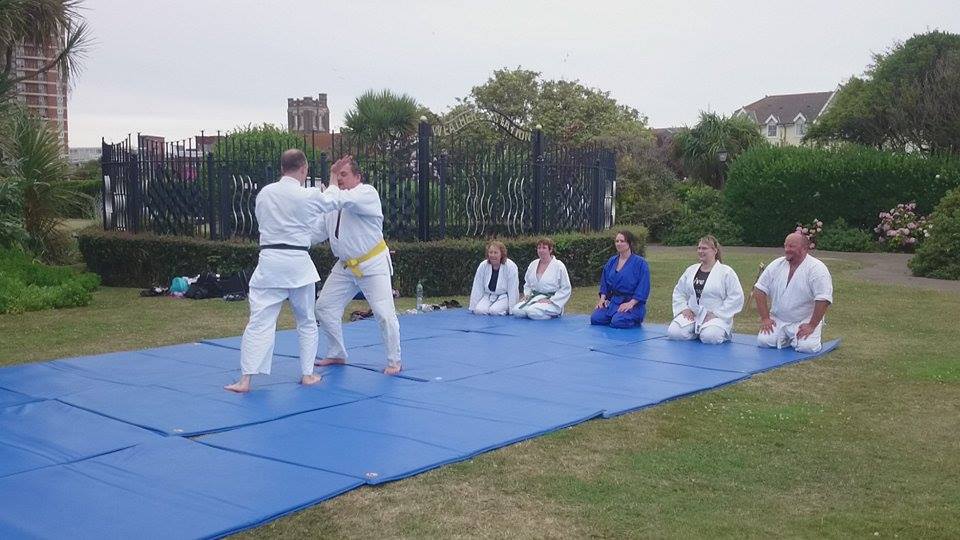 Sensei Robin is attacked by Roman. 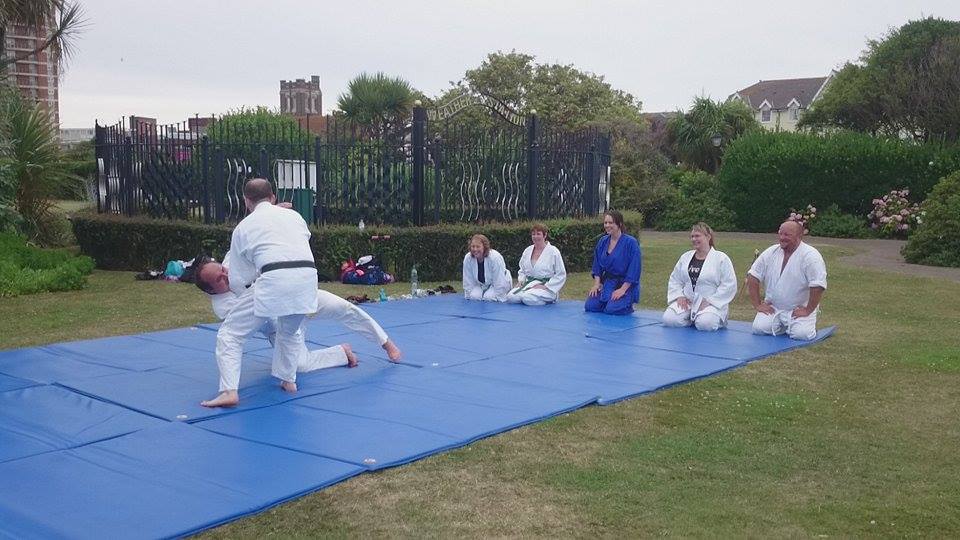 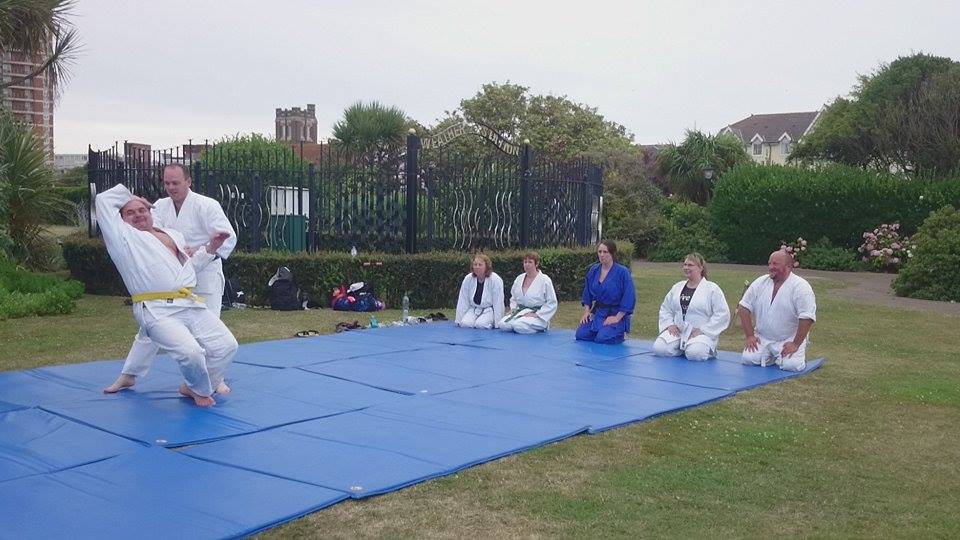 Roman about to hit the mat :) 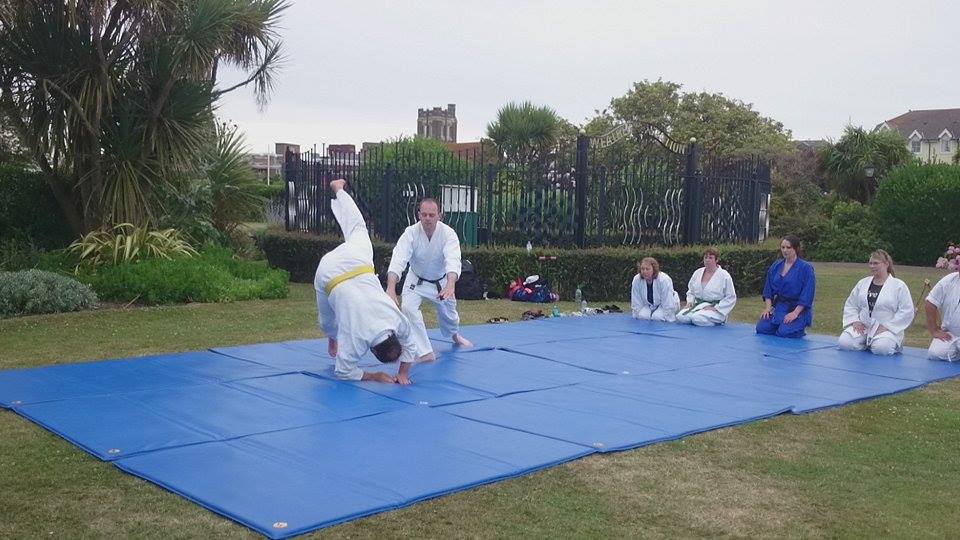 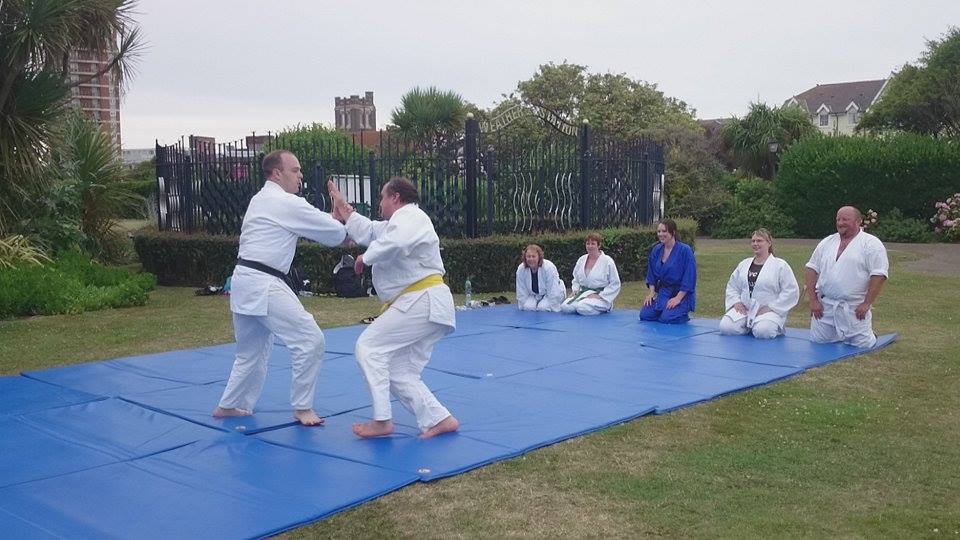 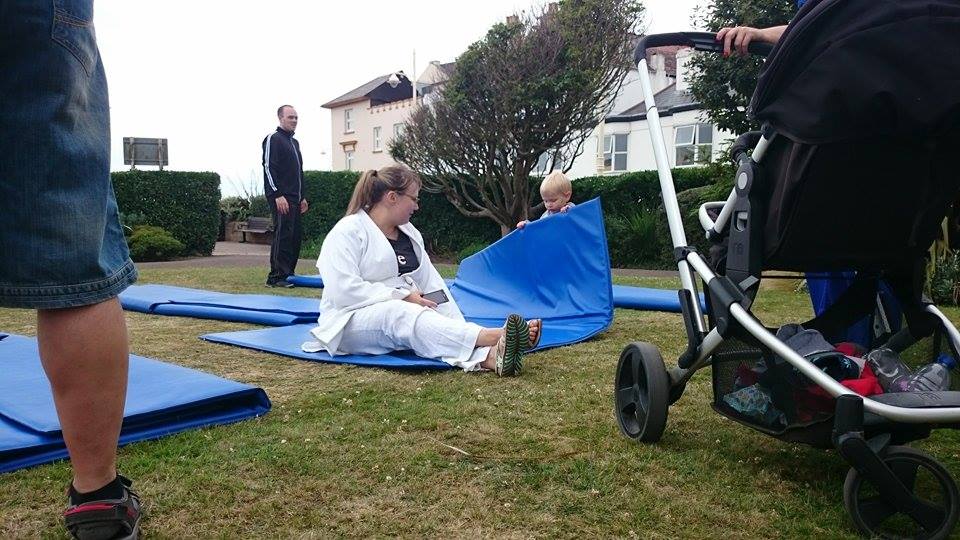 Putting mats away after the demo. 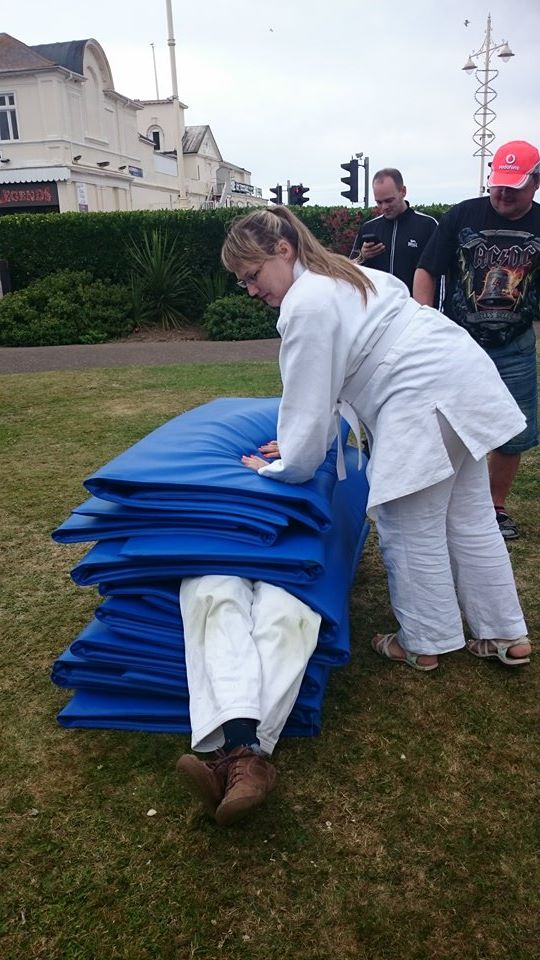 Not sure what was happening in the final photo, but included it anyway :)