Iwama style Aikido passes on the teachings of Master Morihei Ueshiba - O-Sensei (great master), who was the founder of the martial art of Aikido.

This style refers to the aikido taught in Iwama Japan, by Morihiro Saito, who was a close student of Morihei Ueshiba for around 24 years.

Technically it includes a focus on the relationship between Taijutsu (unarmed), the Ken (sword) and the Jo (staff) movements.

It reflects the teachings of O'Sensei between 1946-1955. It includes more techniques than are currently practiced at the Aikikai Hombu Dojo.

Iwama style can be found within the Aikikai, which is the largest aikido organisation, and also outside of it. A major non-Aikikai branch is Iwama Shin Shin Aiki Shurenkai, headed by Saito's son Hitohiro Saito.

It includes combined study of traditional Japanese weapons (bukiwaza) and empty-handed aikido (taijutsu). Iwama practitioners claim their aikido is closest to that of the founder... as preserved by Morihiro Saito.

Many styles and practitioners claim that Iwama style is mainly Morihei Ueshiba's aikido of the 1940s and 1950s and doesn't consider his later years. Of course this really depends on your perspective and which style you are studying.

Compared to many other styles, Iwama style Aikido tends to be practiced in numbered steps. Also weapons work involves many repetitions of solo and paired practice with a pause between each movement.

This helps speed up the learning process, as it reduces the fear of being struck with a weapon. But fear can speed up learning too!

A lot of focus is placed on a stable stance in Iwama aikido. Uke will often test nage's posture by pushing against them in a number of directions during a pin or during a pause in static practice of a technique. 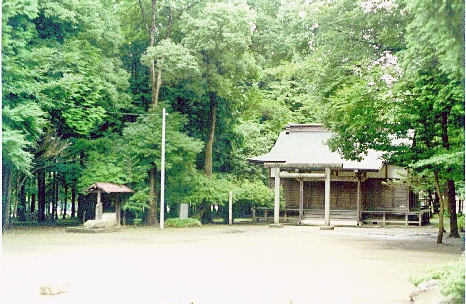 Most Aikidoka have a vertical posture, Iwama style aikido students all practice with the hip tucked to allow the back leg to access more power, grounded.

Though the back should be kept straight and the center of mass kept between the legs, this creates an impression of leaning forward.

Also, while a number of Aikido styles practice with the hips square to the front, Iwama stylists sometimes rotate the hips inward when sinking lower into their stance, especially when using a sword.

Iwama style has a larger number of kokyunage and also a strong emphasis on the use of atemi during technique.

Many basic techniques that begin from shomen-uchi, start with nage pre-empting a strike to uke. This is in common with Gozo Shioda's and Michio Hikitsuchi's basic practice, but opposite of most other styles.

Once this variation is mastered, students will also practice with uke striking, but tori is initiating the encounter.

In ukemi practise Iwama practitioners usually attempt to parry atemi strikes being thrown by nage, often discouraged in other styles of Aikido.