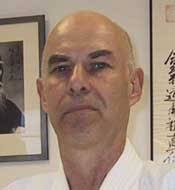 William Gleason Sensei studied the art of Aikido from 1970 to 1980 at the main world headquarters Hombu Dojo in Tokyo, Japan. Morihei Ueshiba O-Sensei, who was the founder of aikido, died the year before Gleason arrived in Japan.

He also studied most intensely with Yamaguchi Seigo Shihan, who became his mentor and his friend. He also studied swordsmanship (kenjutsu) as well as Japanese language, classical music, and Eastern religion. 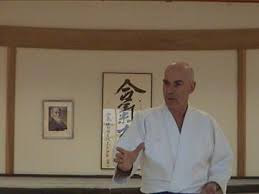 Gleason Sensei founded Shobu Aikido of Boston, in the USA in 1980. It is a nonprofit organization, and is a member of the Aikido Schools of Ueshiba (ASU), which is under the direction of Mitsugi Saotome Shihan.

Several of Gleason's students went on to open their own Shobu Aikido dojos.

In 2005, William Gleason started the Shobu Okugyo Teacher Training Centre, a forum designed to integrate spiritual and physical aspects of Aikido. The seminars are 5-day retreats, and students do meditation and aikido twice per day, macrobiotic cooking, and reading, discussion and practice of kototama.

He wrote two excellent books - Aikido and Words of Power: The Sacred Sounds of the Kototama, and The Spiritual Foundations of Aikido, which has been translated into 4 languages. I recommend these books as essential reading!

DVD: Aikido and Japanese Sword, shows how the movements in traditional swordwork and those in Aikido techniques are similar. DVD: William Gleason at Aikido Eastside, explores the secrets of aiki hidden within Aikido technques.

William Gleason Sensei is among a small group of instructors and students who focus on training a connected body. This is instead of the focus on the outer form (kata) and hundreds of physical techniques.

I have included William in this elite group of Aiki teachers, who, in my opinion, are at the leading edge of the future of Aikido.